T-Mobile could soon make its own cheap phones

The carrier could introduce three T-Mobile-branded “Revvl” phones, according to one report.

If you don’t remember phones like the T-Mobile Sidekick or Dash, then this latest rumor might come as a surprise: T-Mobile is reportedly working on its own line of affordable Android phones.

It’ll be called the T-Mobile Revvl series, according to Android Authority, and while the three alleged devices might seem like something completely new, it would in a way be a throwback to a time when carriers differentiated one another by branding and selling exclusive phones that no other carrier had. 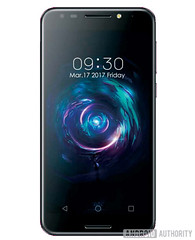 Since CEO John Legere took the reins in 2012, T-Mobile has embraced some pretty adventurous business strategies. With promotions like its Tuesday giveaways, unlimited data or its attempt to send someone to Mars, T-Mobile has gained the public’s attention and brought in a ton of new customers.

A return to the carrier-branded phone could give T-Mobile more control over deals and service offerings. We’re just speculating here, but it’s easy to imagine T-Mobile bundling its own inexpensive device with certain partner discounts, for example.

The first three phones in the T-Mobile Revvl lineup are rumored to be called the Revvl T1, Revvl T2 and Revvl T3 PRO, Android Authority wrote.

The T1 is reported to be the first and most affordable of the T-Mobile line and is said to have a:

The T1 is also said to be manufactured by TCL, the same company that makes phones for Alcatel and the new BlackBerry KeyOne. We don’t have any indication of pricing, and it’s unknown if TCL would also make the T2 and T3 Pro.

T-Mobile did not respond to a request for comment.

I'm easygoing and sometimes sentimental, also can be very funny. Geek style but social. A Blogger, a Wikipedian and an Engineer.
View all posts by mtlin →
This entry was posted in Technology, Wireless, Work and tagged 自有品牌, North America, Own Brand, phone, REVVL, smartphone, T-Mobile, TMO, USA, 北美, 手機. Bookmark the permalink.