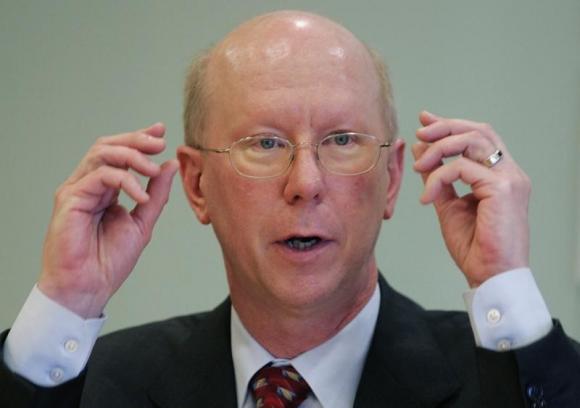 (Reuters) – Broadcom Corp said on Tuesday it is winding down its money-losing cellular baseband chip business and cutting one-fifth of its total workforce, instead of selling the unit.

Chief Executive Scott McGregor told analysts on a conference call that after Broadcom said in early June it would exit baseband and then tested the market for a possible sale, the company decided to shut it down.

“We made the decision to pursue a wind-down, which minimizes the ongoing losses from the business, and enables us to focus on our core strengths that much more quickly,” McGregor said.

Broadcom said it has cut 250 sales and administrative jobs and expects to reduce worldwide headcount by another 2,250 employees. Those jobs are equivalent to about 20 percent of the 12,550 employees Broadcom cited in its 2013 annual report.

Broadcom’s connectivity chips are used widely in smartphones including Apple’s iPhones. But the company lost market share in baseband chips and made slow progress in leading-edge 4G technology, which is dominated by Qualcomm Inc.

The Irvine, California company is the latest chipmaker to abandon the baseband market. Texas Instruments Inc cut 1,700 jobs in 2012 after failing to sell its mobile chip business.

Developing baseband technology to combine with its connectivity chips had been seen as Broadcom’s response to low-cost smartphone makers in China. Abandoning baseband will reduce Broadcom’s costs, but it may leave the chipmaker at a competitive disadvantage.

Broadcom forecast an adjusted gross margin of 55 percent for the third quarter, higher than the 53 percent expected by Wall Street.

“This tells me that getting out of (baseband) was the right news,” RBC analyst Doug Freedman said of Broadcom’s outlook.

Smartphone chipmakers have been adjusting as industry growth shifts away from North America toward China and other developing countries, where consumers favor handsets selling for under $200 rather than such top-tier devices as the iPhone.

Broadcom reported second-quarter revenue of $2.04 billion, down 2.3 percent from the year-ago period. It said revenue in the third quarter would be between $2.10 billion and $2.25 billion. The midpoint of its forecast is $2.175 billion. Analysts on average had expected second-quarter revenue of $2.05 billion and third-quarter revenue of $2.19 billion, according to Thomson Reuters I/B/E/S. In the second quarter, Broadcom lost $1 million, or 0 cents a share, compared with a loss of $251 million, or 43 cents a share, last year. Non-GAAP earnings per share were 65 cents in the second quarter. Analysts on average expected 61 cents.

Broadcom’s stock rose 3.23 percent in extended trading after closing up 0.31 percent at $38.75 in regular Nasdaq trade.

I'm easygoing and sometimes sentimental, also can be very funny. Geek style but social. A Blogger, a Wikipedian and an Engineer.
View all posts by mtlin →
This entry was posted in Work and tagged baseband, BRCM, Broadcom, 裁員, 博通, 基頻, 業務. Bookmark the permalink.

1 Response to Broadcom cuts 2,500 jobs in wind-down of baseband unit